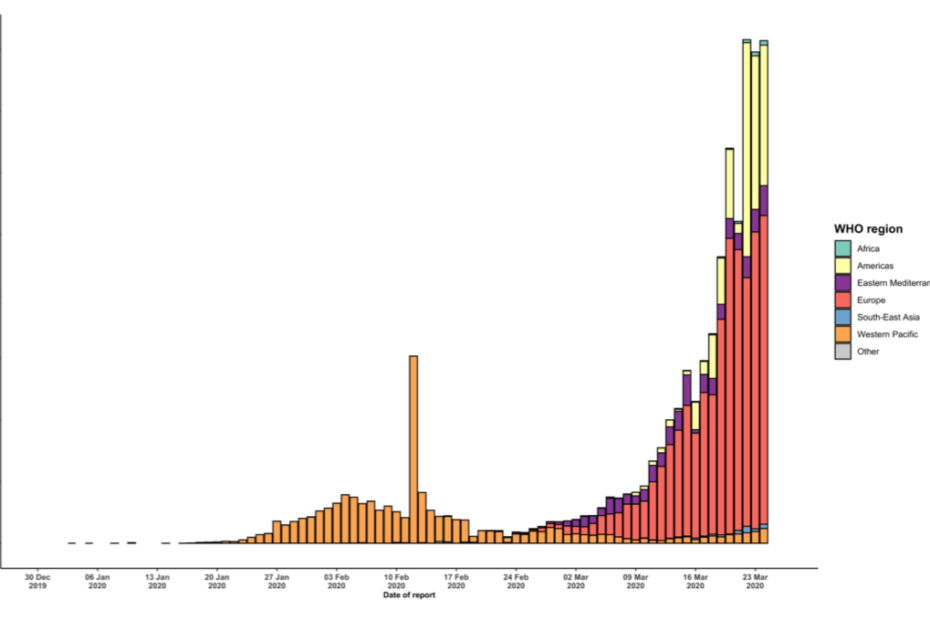 Back in 2003, I lived in Japan and was a frequent traveler in Asia. Naturally I was concerned about the risk posed by SARS (SARS-CoV-1), which was front page news at the time. My method of assessing that risk was to visit the websites of the WHO (Word Health Organization) and the CDC (Centers for Disease Control). I felt it best to look at the death rate as a percentage of total cases, and the mortality risk groups (which were primarily the elderly and the very young). It was also necessary to look at those risk groups in the context of other diseases in order to gain some perspective.

My sources for that data at the time indicated that common strains of influenza had death rate of around 7% so I considered this a baseline for comparison. My world-wide death-rate calculation for SARS was about 6.5%. (If you look at the official numbers today, it is more like 9.5% for SARS and less than 1% for common seasonal flu viruses. I am investigating why my numbers were different, but that’s not important at the moment.)

Based on the above, I concluded that the health risk to myself was not high enough to cancel my travel plans. The factors that went into that assessment were:

In January 2020, I booked a trip to Japan. Coronavirus was not yet front page news but, as departure date approached it became more apparent that this was something potentially as big or even bigger than SARS.

Again I started running the numbers and by my February 12th departure date there were 44,730 confirmed cases of COVID-19 in China with 1114 deaths (2.49 percent death rate) but still only 441 confirmed case outside of China and only one death (in the Philippines).

With only 28 confirmed cases in Japan, I decided not to cancel my Japan trip. That said, I found out much later that the WHO stats apparently did not include the over 500 confirmed cases on the quarantined Diamond Princess Cruise Ship, in Yokohama.

By the time of my February 25th return flight to Toronto, widespread airport screening was beginning to be the norm. At this point the priority was to get home safely and without the need for quarantine.

A New Perspective (And It’s Not Good News)

With both SARS and COVID-19 I had concluded that the risk was low based largely on total deaths per infection (i.e., what were the chances of contracting the disease?) and the age-related risk factor (i.e., what were my chances of dying if I did contract it?).

I’ve since concluded that this sort of assessment is both naive and misguided. So what’s different?

The figures for COVAD-19 are already significantly higher than they were in February. The official numbers now stand at 462,684 confirmed cases and 20, 834 deaths.

“… efforts to contain the virus have largely failed.”

If you only look at the percentage deaths (4.5%) , COVID-19 could be viewed as being roughly half as deadly as SARS. But the infection rate of COVID far surpasses that of SARS and the total deaths due to COVID makes more than 20 times as deadly as SARS. It means that efforts to contain the virus have largely failed. Japan already started experiencing the impact on their health care system back in February. We are seeing that impact in Toronto right now. New York is a lot worse.

The Message is Clear

I shouldn’t need to repeat what we’re all being told about how to prevent the spread of this virus. But too many people still aren’t taking this seriously!

The first line of defence for all of us right now is do not catch COVID-19! Even if you are in a low mortality risk group you could still develop severe respiratory, kidney or intestinal problems and getting medical attention will likely be difficult.

If you do get exposed to the virus, self-quarantine, even if you don’t develop symptoms. Do not place others at deadly risk!